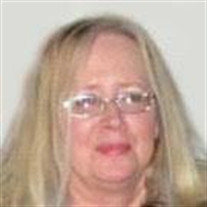 Private family services will be held at a later date. Arrangements are under the direction of Morningside Chapel, Christy-Smith Funeral Homes.

Connie Lynn Willer, the daughter of Jim and Irene (Johnson) Willer, was born on Oct. 29, 1954, in Sioux City. She was raised on a farm in Lawton, Iowa, and graduated from Lawton High School in 1971.

Connie went on to obtain a Bachelor of Arts degree in social work from Morningside College.

In 1976, Connie was united in marriage with Dennis Cosgrove in Sioux City. She was employed as a social worker and executive director for The Center in Sioux City for 25 years.

In 2007, Connie was united in marriage with Michael Salviola in Elk Point, South Dakota.

She was the executive director for the Central Nebraska Council on Alcoholism in Grand Island, Nebraska, before returning to Sioux City to be near her parents and family.

Connie then became the tourism director for the Iowa Primary Welcome Center in Sergeant Bluff. She did this for six and a half years before retiring on March 3, 2018.

Connie liked collecting antiques, reading, and traveling. She also greatly enjoyed animals and the outdoors, including planting flowers and gardening.

She was preceded in death by her parents; a brother, Kevin; and two grandchildren, Peyton and Tayden.

The family requests that memorials be directed to the Siouxland Humane Society.