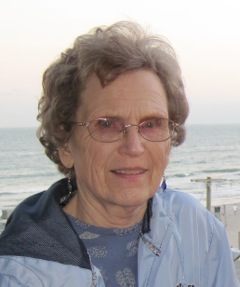 A funeral service was held on Tuesday, May 29, 2018 at 11:00 a.m. at the United Methodist Church of Moville with the Rev. Janet Rieckhoff-Faris officiating.  Burial was at the Arlington Cemetery of Moville.

Irma A. Neville was born January 7, 1932 in Henry, South Dakota to Emil and Ethel Enevoldsen.

She was a long-time resident of Moville, Iowa, where she taught elementary school for 26 years.

Irma was united in marriage to Byron Neville on March 30, 1956.  To this union three children were born: Vivian, Nancy and Craig.

She was a member of the Moville United Methodist Church and was involved with the Women’s Ministries there.

Irma and Byron enjoyed many years of square dancing and camping. She also helped at the Moville Senior Center.

Irma spent the past six years in Eagan, Minnesota.

She was preceded in death by her parents; her husband, Byron, in January of 2006; her sister, Ava; and her brothers, Wilfred and Arnold.