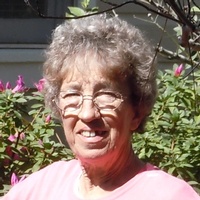 Monica Lynn (Weber) Strong was born August 18, 1953 in Sioux City, Iowa, the daughter of Glen and Mary (Dixon) Weber. She grew up in Anthon, and was a graduate of Anthon-Oto High School.

Monica continued her education and received her Nursing degree from Western Iowa Tech.

She married Paul Strong on January 12, 1973. Together they made their home in Sioux City before moving to the farm near Lawton in 1979.

Monica devoted over 30  years to her nursing career. She was employed at both hospitals in Sioux City and later at Countryside Retire-ment Community.

An accomplished seamstress and quilter, she created many lovely items that are treasured by family and friends.

She is survived by her husband Paul of Lawton; her two children: a daughter, Tammie L. Strong of Sioux Falls, SD and a son, Tony Strong of Sioux City, IA; a grandchild, Gregory of South Dakota; two sisters, Linda Podewils of Altoona, IA and Barbara (Larry) Lykins of Waukee, IA; and one brother, Bradley (Lina) Weber of Taylor, TX; along with several nieces, nephews, cousins and friends.

Monica was preceded in death by her parents and three brothers: Stephen, Robert and Richard.