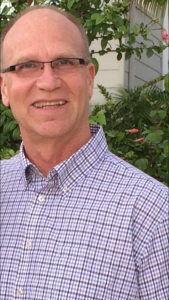 Alan Alfred Lindgren age 64, passed away on Sunday June 3, 2018, doing what he loved — riding his motorcycle.

Funeral services will be on Thursday, June 7, at 10:30 a.m. at Sunnycrest United Methodist Church, with burial at Woodlawn Cemetery.

Al Lindgren, son of Harry and Betty (Mathers) Lindgren, was born October 2, 1953 in Le Mars, Iowa.  He grew up and graduated from high school in Kingsley, Iowa.

Al then worked in his families trucking business as well as driving school bus. He then studied at Western Iowa Technical School to become an EMT/Paramedic for Buena Vista County Hospital in Storm Lake, Iowa.

Al later returned to school and became a Registered Nurse.

On May 9, 1992 he was united in marriage to Lisa Ann Warburton in Storm Lake. The couple made their home in Sioux Falls, South Dakota, where Al began working at Sioux Valley Hospital.

Once again,  Al furthered his education. He became a Certified Registered Nurse Anesthetist and continued working for Sanford Medical Center.

Al was a member of Sunnycrest United Methodist Church. He loved tinkering with cars in his man cave, and he enjoyed motorcycles and touring on them.

He will be remembered as a great person who always had a smile and some sort of childish mischief which made him younger then all of us.

He loved life, coffee, a good beer, motorcycles, friends, and most importantly, his family. He cherished his grandchildren.