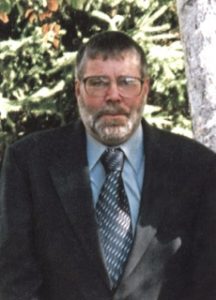 Daryl W. Bogenrief, age 64, of Correction-ville, passed away on Tuesday, May 29, 2018 at his home of Correctionville.

A funeral service was held on Friday, June 1, 2018 at 10:30 a.m. at the Grace United Methodist Church of Correctionville with the Pastor Ron Rice officiating.  Burial was at the Greenwood Cemetery of Pierson.

Daryl W. Bogenrief was born on August 7, 1953 in Sioux City, Iowa to Burdette and Evelyn (Grabe) Bogenrief.  He was baptized and confirmed at Salem Lutheran Church in rural Correctionville, Iowa.

Daryl was a lifelong Correctionville resident, graduating from Eastwood High School in 1972.  Upon graduation, he attended Southeast Community College in Milford, Nebraska, earning a degree in the diesel technology program.

Daryl was united in marriage to Nancy Vaughn on November 19, 1983 at the United Methodist Church in Anthon, Iowa.  To this union, two sons were born: Dylan and Jesse.

He was a very talented diesel mechanic and was much sought after.  He worked several years at Mack truck dealerships in both Lincoln, Nebraska and Sioux City, Iowa.

Daryl enjoyed playing cards with family and friends, going on fishing trips and listening to his favorite artists: Garth Brooks, Merle Haggard and The Eagles. But his biggest pleasure was working on the family farm.

He was especially proud of his sons for carrying on the farming tradition this past year through his illness.