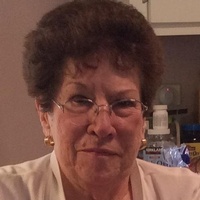 Alta Mae  Zollman, 81, of Cherokee, Iowa, and formerly of rural Quimby, Iowa, passed away Wednesday morning, June 6, 2018 at her home in Cherokee.

Memorial services were held on Sunday, June 10 at 2 p.m. at the Boothby Funeral Home in Cherokee, Iowa. Pastor Loren Carlson officiated. Burial was in the Quimby Cemetery.

There were military rites held at the cemetery by L.A. Wescott Post #2253 of the V.F.W.  Online condolences can be left at www.boothbyfuneral.com

Alta was born April 20, 1937 in Sac County, Iowa to Frank & Francis (Carmichael) Penniman. She graduated from Auburn High School in 1955.

She had worked at the Cherokee Mental Health Institute for 30 years, retiring in February of 2000.

Following retirement, she went back to work for 6 years at Hope Harbor in the Buena Vista County Hospital in Storm Lake.

She had been a resident of Cherokee since January of 2018. Prior to this, she was a longtime resident of the Quimby area.

She enjoyed playing Bingo, driving their team of Belgian horses in parades, spending time with her family, and gardening (all five acres of it). She was an excellent seamstress, making many dresses for her daughters special events.

She had a soft heart for all kinds of animals, taking in the strays (raccoons, squirrels, baby kittens, baby owls, you name it) when they were in need of help.