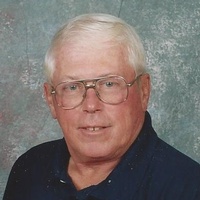 Burial was in the Mt. Pleasant Cemetery in rural Marcus, Iowa.  There were military rites at the cemetery by L. A. Wescott Post #2253 of the V.F.W.

John was born November 20, 1948 at Cherokee, Iowa to Wayne and Bernice (Woodall) Mahoney. He attended Cherokee schools and graduated from Washington High School in 1967.

He entered the U.S. Air Force in 1968.  He was stationed in Myrtle Beach, South Carolina for the rest of his military career.

He met his wife, Carol Ann Jones of Conway, South Carolina.  They were married on October 17, 1970 in Conway.

They made their home in Myrtle Beach until his discharge in 1972.  They moved to Cherokee, Iowa and lived in town until 1982.

John worked at Love Tire Shop and Brown Chevrolet as the service manager.

In 1982, John and his family moved to the country and started farming.  He started Mahoney Auto and Detailing at Pierson, Iowa in June of 1997. He retired on July 1, 2017 when his son Matt took over the business.

John had been affiliated with the Mt. Pleasant Presbyterian Church. He was a long-time member of the Pierson Fire Department, serving for 20 years.  He was a firefighter and ambulance driver.

He was preceded in death by his parents Wayne and Bernice Mahoney.