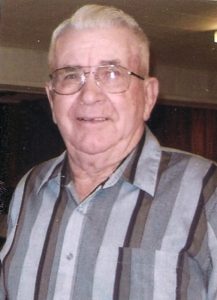 A funeral service was held on Tuesday, June 12, 2018 at 3:00 p.m. at the Nicklas D. Jensen Funeral Home of Correctionville with Pastor Mike Stevens officiating.  Burial will be at a later date.

The Nicklas D. Jensen Funeral Home of Correctionville is in charge of the arrangements.  On-line condolences can be made at nicklasdjensenfh.com

Maurice A. Shever was born on June 10, 1927 in rural Woodbury County to Oscar and Mary (Burgess) Shever.  A lifelong Correctionville area resident, Maurice attended country school through the 8th grade.

Maurice was united in marriage to Laurel Demarest in August of 1947.  To this union four children were born.  The couple divorced.  Maurice was later married to Shirley Gray until her death in 1997.

Maurice was a farmer and held several jobs in the agricultural field.  He was a member of the United Methodist Church of Kingsley.  In his younger years, he enjoyed playing pool and golfing.

Maurice was a founding member of the Correctionville Golf Club.  Like his mother Mary, Maurice was an avid Chicago Cubs fan.  His heart was always with farming but he enjoyed traveling after retirement.

He is also survived by his brother, Marvin and wife Jane Shever and his sister, Carole Rambo; and many nieces and nephews.

Maurice was preceded in death by his parents; his wife, Shirley; his sister, Marge Goodman; and brothers-in-law, Bob Goodman and David Rambo.