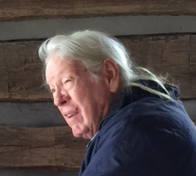 Donovan Eugene Blair, 84, of rural Pierson, Iowa, passed away on Tuesday, June 5, 2018 in rural Iowa with his daughter at his side.

The Earnest – Johnson Funeral Home in Marcus, Iowa is assisting Donovan’s family with arrangements.  Expressions of sympathy may be directed through www.mauerjohnsonfh.com

Donovan Eugene Blair was born on January 2, 1934 in Kansas City, Missouri, the son of Frank and Jessie E. (Teghtmeyer) Blair.

He spent his early years in Hoisington, Kansas before the family moved to Oregon in late 1946.  He graduated from high school in Milwaukee, Oregon and later attended college at Portland State University.

Donovan, along with several friends, enlisted in the United States Coast Guard on October 22, 1952.  He proudly served his country on Coast Guard Cutter Campbell and received an Honorable Discharge on October 25, 1956.

He began his long-time career with Tom Boden Store Fixtures in Portland as a delivery driver and worked his way up the company ladder prior to retirement.

He also enjoyed the many friendships and travel while there, and he continued to travel throughout his life.

For the past fifteen years, he spent most of his time traveling between Texas, Iowa and Nevada enjoying family, friends and new adventures.  His photography skills, documenting historical sites and nature, will be missed.

He was preceded in death by his parents; a grandson, Kevin Green; and sisters, Doris Welch and Carol Ladd.