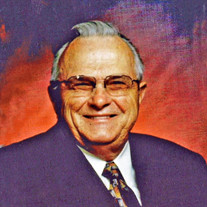 Lloyd was born in Bronson, on April 13, 1932, the son of Ernest and Wilma (Fenton) Johnson. He attended and graduated from Bronson schools.

He was united in marriage with Nancy Lyons on July 31, 1953 in Moville, Iowa.

Lloyd lived and farmed in the Bronson area for many years, retiring in 1997 and moved to North Sioux City.

He was a member of St. James United Methodist Church.

He loved the water, watching birds, squirrels, and ducks.  He was a handyman, and he loved to visit with everyone he saw.

He was preceded in death by his parents; a son, Tom Williams; and a sister, Carolyn.