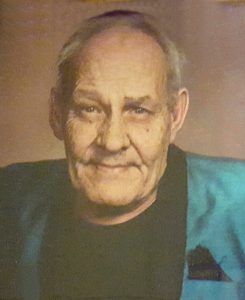 No Funeral Service will be held at this time. The Armstrong — Van Houten Funeral Home of Anthon, Iowa is in charge of the funeral arrangements. Condolences may be sent online www.armstrongfuneral.com.

The family moved to California where Paul attended school and graduated from high school.

Following graduation, he enlisted in the U.S. Navy and served a 4 year term.

On March 9, 1970, Paul was united in marriage to Margaret Boyce in Sioux City, Iowa. The couple made their home in Oto, Iowa. They were blessed with three children: Bryan, David, and Crystal.

Paul was self-employed as a woodworker and upholsterer. He enjoyed visiting with others, and he loved his children and grandchildren dearly.

He could be found woodworking, tinkering, antiquing or attending auctions in his spare time.

He was preceded in death by his parents, Paul and Betty Downing; his wife, Margaret Downing; his son, Bryan Downing; his sister, Salley (Darrel) Downing; and his brother-in-law, John Hirst.