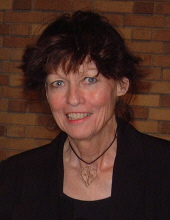 A Graveside Service will be held at 10:30 a.m. on Saturday, June 30, 2018, at the Mount St. Joseph Catholic Cemetery of Anthon, Iowa. Msgr. Mark Duchaine will officiate.

A Catholic Funeral Mass in celebration of her life was held in Milwaukee, Wisconsin on February 3, 2018, at St. John the Evangelist Catholic Church.

On Wednesday, January 31, 2018, the world lost a kind and devoted servant of the Catholic church when her car was hit by a thoughtless drunk driver in West Allis, Wisconsin.

She had spent the day attending Mass and seeing a movie with a dear friend.

She will be dearly missed by family and friends.

She was born to Emma (Dixon) and Thomas Coyne in Anthon, Iowa. She was the fifth of nine siblings.

During her high school years at Anthon High School, she enjoyed basketball, bass clarinet, and working at the Star Movie theater.

She graduated in 1957 and then was accepted at Briar Cliff College.

After graduating with honors with a B.A. in education, she moved to Minneapolis for an opportunity to teach.

She met her husband there and moved to Milwaukee, Wisconsin to start a family.

Later in life, after her divorce, she found herself back in Manson, Iowa, taking care of her elderly parents and working with family in Sheila B’s popcorn factory.

Reconnecting with her siblings and extended family brought her much happiness. She continued her mother’s role as the family genealogist. She also made friends while working in Fort Dodge.

Returning to Milwaukee after 10 years in Iowa, she enjoyed retirement spending time with her grandchildren and church community and rejoined her long active bridge club.

She was preceded in death by her parents, Thomas and Emma Coyne; an infant brother, Francis; a sister Franciscan nun, Julie Anne Coyne; the father of her children, Charles “Woody” Deischel; brothers-in-law Hank Brown and Clarence “Brad” Bradley; and a niece, Maureen Houston (née Naughton).