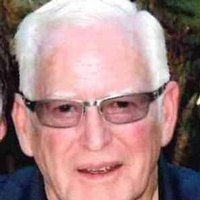 A celebration of his life was held from 5-7 p.m. on Thursday, June 28 at the Elliott Creek Presbyterian Church in Bronson, with the service at 7 pm. Arrangements are under the direction of Waterbury Funeral Service of Sioux City.

Dean was born on June 13, 1943 in Sioux City, the son of Lloyd and Velma (Ping) Rasmussen. He graduated in 1961 from the Bronson High School. Dean was united in marriage to Linda Devine on February 23, 1963.

Dean worked most of his life in sales of heavy construction equipment sales. He enjoyed meeting new people and building long time friendships with his customers.

He never knew a stranger and would strike up a conversation with anyone.

Dean was faithful member of Bill W. (AA) for 42 years. He enjoyed the Bronson 4th of July parades, where he drove his antique tractor and in later years his 1953 Chevy.

Dean was an active member of the Elliott Creek Presbyterian Church. For many years, he enjoyed his morning coffee with his Bronson buddies.

Dean and Linda enjoyed their winters in Sun City, Arizona, where was known as the “popcorn man” for their afternoon social hour. You could often find Dean “tinkering” on some sort of project in his workshop.

His family was very dear to him. He was a kid at heart and loved playing with the grandkids. His great-grandson Brody brought an instant smile to his face when he entered the room or just the mention of his name.

He was preceded in death by his parents and one son, Steven Rasmussen.