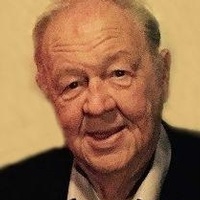 Arrangements are with the Rexwinkel Funeral Home in Le Mars, Iowa. Expressions of sympathy can be extended to the family through www.rexwinkelfh.com.

Donald Albert Bremer was born in June of 1934 on the family farm northeast of Moville, Iowa, the son of Edmund and Cora (Riser) Bremer.

He attended country school and graduated from Moville High School in 1951. Following high school, he helped his family on the farm.

Following his service, he returned to Moville to farm. Don also began raising turkeys near Moville. After retiring from farming, Don moved to Sioux City and established Sioux City Tarp in 1974. He’s been an innovator in the tarp business for over 40 years.

Don’s passion for farming returned to him in 2010 when his family purchased his grandmother’s homestead near Moville. They began farming again and feeding cattle. Don enjoyed watching the market and buying and selling cattle.

Through the years, Don enjoyed going for coffee, playing cards with his friends and family, and fishing. But most of all, he loved the time spent with family, especially his grandchildren and great-grandchildren.

He was preceded in death by his parents, Edmund and Cora Bremer; and two brothers: Jack (Darlene) Bremer and Gene Bremer.

Memorials can be made in Don’s name to Hospice of Siouxland and/or the Buffett Cancer Center.