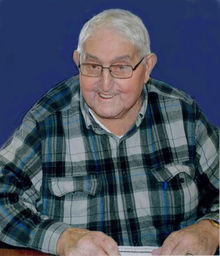 Stan was born July 26, 1936, Remsen, Iowa, the son of Peter and Olga (Krieps) Nilles. He graduated from Remsen St. Mary’s High School. After graduation he served the U.S. Army until his honorable discharge.

Stan and Shirley Sanow were united in marriage on December 29, 1958.

Following their marriage, they made their home in Kingsley, Iowa, where they raised their family.

Stan owned and operated his own business, Nilles Service, which later became Stan’s Heating & Air, for 40 years until his retirement.

Stan was member of St. Michael Catholic Church, Knights of Columbus, where he was a 4th degree Knight, American Legion Nash Post 140 of Kingsley and VFW of Remsen, Iowa.

Stan was preceded in death by his parents; his father-in-law and mother-in-law; three sisters: Marcella Hansen, Betty Nilles and Ruth Grage; and two brothers, Lorne and George.