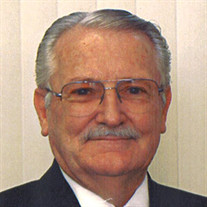 Arrangements are with Morningside Chapel, Christy-Smith Funeral Homes. Online condolences can be left for the family at www.christysmith.com.

He was employed at Lefkow Supply for 25 years and later with Central Kitchen Supply until he retired in 2008. He designed hundreds of kitchens and bathrooms for customers that he was devoted to, while always wearing his signature all-black wardrobe.

He leaves behind his wife, Karen; two children, Kristi (Michael) and Mike (Jen); his three amazing grandchildren, Logan, Leah and Cooper; his little dog, Bailey, who filled their home with love; three sisters: Betty, Patty (Pat), and Karen (Mike); and one brother, Denny; as well as several nieces and nephews.

His family would like to express their appreciation for the care given to him at Mercy Medical Center by the physicians and medical staff.

In lieu of flowers, the family has requested donations be made to St. Jude’s Children’s Hospital in his memory.