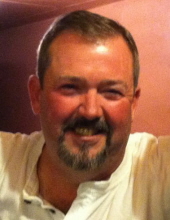 A Funeral Service will be held at 2:30 p.m. on Friday, July 6, 2018 at the Armstrong-Van Houten Funeral Home of Anthon, Iowa. Pastor Karen Handke will officiate.

Interment will be held at a later date in the Oak Hill Cemetery of Anthon, Iowa.

A visitation will be held from 5-7 p.m. on Thursday, July 5 at the Armstrong-Van Houten Funeral Home of Anthon, Iowa. Condolences may be sent online to www.armstrongfuneral.com.

In lieu of flowers, the family wishes that memorials be directed to the Oto Ambulance, Shriners or the Ronald McDonald house in honor of Troy.

Troy G. Putzier, the son of Freddie “Fritz” and Monty “Sis” (Bainbridge) Putzier, was born on November 22, 1966, in the Hartley Hospital of Battle Creek, Iowa. He grew up on a farm outside of Anthon, Iowa and graduated from Anthon-Oto High School with the class of 1986.

After high school, Troy went to work for Wilson Packing. Throughout his life, Troy worked various jobs and had been employed in the past at Midwest Industries, Cloud Service Station, Schroeder Electric, and at Wiatel Telephone Company for 18 years.

Troy (Amy) were blessed with two sons Zach and David. The couple would later go their separate ways. In May of 2017, Troy fell in love with the love of his life, Rosemary Maguire. On June 30, 2018, their time was tragically cut short due to a fatal ATV accident that would claim Troy’s Life.

Troy had served on the Oto Ambulance Crew for 18 years as an EMT and was beginning his journey to becoming a Shriner. He was an avid outdoors man and enjoyed fishing, hunting, and trapping.

He relished in his time spent with his family and friends, but the true highlight of his life was being called Grandpa. Troy loved spending time and watching his young grandson Owen grow.