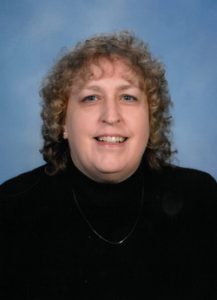 Veronica Walker, 66, of Sioux City died Sunday, July 8, 2018 at her home after a brief battle with cancer.

Visitation will be 6 to 8 p.m. Friday at Meyer Brothers Colonial Chapel with a prayer service at 7 p.m.  Online condolences may be expressed at www.meyerbroschapels.com.

Veronica, the daughter of Roy and Betty Lou (Brandon) Shedenhelm, was born March 16, 1952 in Borger, Texas.  She graduated from Tawas Area High School in Michigan then attended Judson College in Elgin, Illinois and later Grace University.

On December 9, 1972, Veronica was united in marriage to Stephen Walker in Michigan and this union was blessed with three children.  The couple lived in Tawain in 1973 for a year during Steve’s deployment in the Air Force.

They have made their home in Sioux City since.  Veronica worked for Blue Cross Blue Shield in Sioux City as a claims specialist, then as an office administrator at Siouxland Christian School and most recently as secretary at Riverside Lutheran.

Veronica was a member of Central Baptist Church and was bell choir director at First United Methodist Church.  She enjoyed spending time with family, watching her grandkids and directing handbells.

She was preceded in death by her mom, Betty Lou Shedenhelm and her in laws, Ivan and Gertrude Walker.