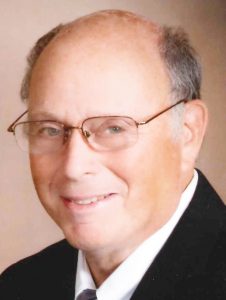 Arrangements are with Meyer Brothers, Morningside Chapel. Online condolences may be sent to www.meyerbroschapels.com.

Jim grew up in Sioux City and attended Immaculate Conception Grade School before graduating from Heelan High School in 1959. There he met Marg, the love of his life.

He attended a Tool & Die Trade School in Chicago, Illinois, before returning to Sioux City and joining the family business, Sterling Springs.

Jim owned and operated the business with his brothers and brother-in-law for many years before his retirement. He then drove a school bus for 15 years.

Jim was a member of Immaculate Conception Catholic Church and had served on the board of the Midwest Community Credit Union. He was a former member of the Knights of Columbus and the Fraternal Order of the Eagles.

He enjoyed camping and boating and was a ham radio operator.

Jim was preceded in death by his parents.