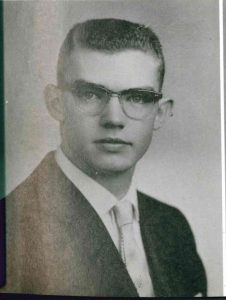 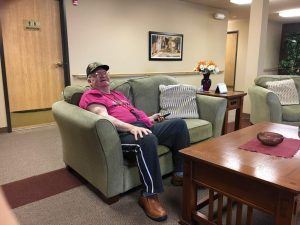 Military rites were performed by the United States Army under the direction of Waterbury Funeral Home in Sergeant Bluff, Iowa.

Ronnie was born October 18, 1941 to George and Irene (Waddell) Riser. He was raised on a farm south of Moville near Highway 20.

He attended Moville Community School from kindergarten through his graduation from Moville High School in 1960.

Ronnie was a whiz with numbers, remembering the selling and buying price of his machinery to the penny.

He enjoyed caring for his small herd of cattle and his favorite long horn ”Big Boy.” He did custom haying in South Dakota and Iowa, and he greatly enjoyed attending and selling hay at hay auctions.

Ronnie was well-known for his generosity and his shy, gentle manner.

At the time of his death, Ronnie was a resident at Prairie Lakes Apartments in North Sioux City, South Dakota, where he is sorely missed. Whenever Ron was near the entrance, he acted as the unofficial greeter to the residence.

He was preceded in death by his parents and his special friend, L. Maxine Lindgren Lukken.