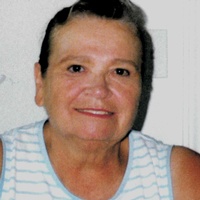 Lela I. “Lee” (Johnson) Essick, 83 of Akron, IA, formally of Sioux City, passed away at the Akron Care Center Wednesday, July 25, 2018 peacefully surrounded by her loved ones.

Lela has donated her body to the USD Medical Center in Vermillion, South Dakota.

A Celebration of Life service will be held from 4-8 p.m. on August 25, 2018 at Waterbury Funeral Service of Sioux City. She will be laid to rest in Moville, Iowa.

Lela Ione Essick was born November 29, 1934 in Lawton, Iowa, the daughter of Lloyd and Elsie (Bolton) Johnson. She grew up in Lawton, Iowa and graduated from Moville, Iowa in 1954.

After high school, she left the family farm and spent 10 years in Southern California, where she had two children. She worked as a telephone operator, and shipping clerk.

Lela moved back to Sioux City where her family grew by four more children.

In 1981 she and her children moved to Akron to be with her special friend, James Wakeman and to raise her children.

Lela worked on the farm and did a lot of fishing and card playing. She then moved to Alcester, South Dakota, and babysat her grandchildren.

In July of 2012 she moved back to Sioux City to Prime Assisting Living, and then on June 1st of this year, moved to the Akron Care Center.

Lela was a member of Wesley United Methodist Church in Akron. She was baptized there later in life.

She loved crossword puzzles, sudko and jumbo puzzles from the daily paper, and jigsaw puzzles.