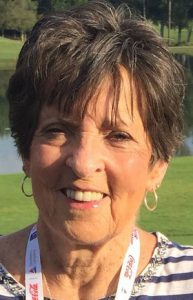 Services were held at 10:30 a.m. on Saturday, July 28 at St. Luke Lutheran Church. The Rev. Jay Denne officiated. Burial was in Graceland Park Cemetery. Online condolences may be directed to www.meyerbroschapels.com.

Shardell was born on July 10, 1940 in Sioux City. She was the daughter of Alvin and Leah (Metcalf) Sulsberger.

Shardell grew up in Holly Springs, Iowa, and graduated from Holly Springs High School in 1958. She went on to attend Morningside College and was a member of Alpha Delta Pi sorority.

Shardell worked for Hauff’s Sporting Goods for several years. She was a member of St. Luke Lutheran Church and P.E.O. Chapter DX.

She spent several years volunteering for various organizations, including the Morningside Little League for over 30 years, the NAIA Basketball and Volleyball tournaments, and the PGA Tour Championship in Atlanta, Georgia.

She had also been a season ticket holder for the Sioux City Explorers baseball team since their inaugural season in 1993.

She enjoyed scrapbooking, playing cards, and going to coffee with friends. She also enjoyed attending her grandchildren’s school and extracurricular activities.

She was preceded in death by her husband Donald and her parents.

In lieu of flowers, a memorial has been established in Shardell’s name.