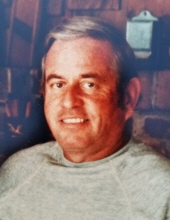 There will be a private celebration of his life and burial in Allen, Nebrasa, at a later date.

Dean was born in Sioux City, Iowa on January 9, 1932, the son of Lawrence and Irene Armour. He graduated from Allen High School in 1949.

Dean served in the U.S. Navy and was a veteran of the Korean War.

He resided in Titusville, Florida while working for NASA at the Kennedy Space Center (Apollo 11 Launch Team 1969 which landed the first two men, Neil Armstrong & Buzz Aldrin on the moon). Then he had a career with Britt’s Air Conditioning.

After retirement, he and his wife Kay moved to Schleswig, Iowa. He also lived in Smithland, Iowa prior to residing in the Maple Heights Nursing Home in Mapleton, Iowa.

He is survived by three daughters: Deanne Ochs of Lake Worth, FL and Debbie McKinney and Pam Armour both of Merritt Island, FL; seven grandchildren; three great-grandchildren; a sister-in-law Ardith Armour of Moville, IA; and five nieces and nephews.

Dean was preceded in death by his wife, Kathryn “Kay” Armour; his parents, Lawrence and Irene Armour of Allen, NE; and a brother, Myron Armour of Smithland, IA.