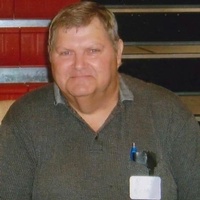 Services are still pending. Arrangements are under the direction of Waterbury Funeral Service of Sioux City.

Russell Wayne Rath, Sr. was born on January 3, 1949 in Correctionville, Iowa, the son of Wayne and Virginia (Coleman) Rath.

He grew up and graduated from Correctionville High School, continuing his education at WIT.

On January 3, 1995 he married Iva McGough. Together, they made their home in Arkansas before moving to Sioux City in 1997.

Over the years he worked on processing plants and worked the last 20 years until his death at AGProcessing in Sergeant Bluff.

He loved to golf at Green Valley. He also watched westerns, and was a fan of the Vikings among other sports.

Russell was a member of the Church of Christ.

He was preceded in death by his parents and one infant daughter, Sara.