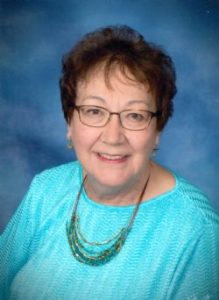 Linda was born July 25, 1947 in Kingsley, Iowa, at Mrs. Murphy’s, to Charlton and Sylvia (Dragoo) Richards of Pierson, Iowa. She was raised in the area and graduated from Kingsley-Pierson High School in 1965.

Linda was the secretary at the Arlington Community Church, then the Coordinator for the John C. Fremont Days for 18 years before becoming the Sarpy County Director of Tourism. She retried in October 2017.

Linda was involved in many things including the National T.T.T. Society and Nebraska Tourism Council. She was a member of the First Lutheran Church in Fremont.

Her greatest love was her family and grandchildren’s activities.

Linda was preceded by her husband Roger in 2013, as well as her parents and a brother, Larry Richards.