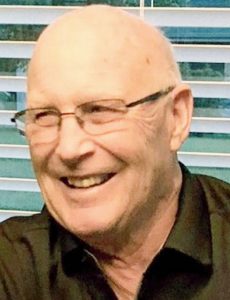 Memorial services were held at 2 p.m. Saturday, August 4 at Rohde Funeral Home in Kingsley, Iowa, followed by a Masonic service.

Robert Charles Neustrom was born on June 23, 1950, the son of Robert M. and Shirley (Thomas) Neustrom, in Sioux City. He grew up in the Moville area, graduating from Woodbury Central High School in 1969.

In 1970, Bob joined the National Guard, where he served for six years.

In addition to the other jobs he held, he worked at Armour Meat Packing and co-owned and operated a trucking business with his father in the late 1970s.

In 1974, Bob began working with Woodbury County Secondary Road Division, where he was responsible for repair and maintenance of secondary roads in Woodbury County for 38 years. Bob worked this job until his retirement in 2012.

On March 25, 1998, Bob and his wife, Jan, eloped in a private wedding ceremony held in Las Vegas, Nevada. Upon this union, Bob took on two of his favorite roles in life — father and grandfather.

Bob was a member of the Masonic Lodge in Sioux City, where he obtained the level of Scottish Rite in the 32nd degree.

Bob enjoyed a number of hobbies and interests over the years.

In his youth, he enjoyed playing football, and in later years he enjoyed watching it — whether it was his grandson playing or with his family enjoying a nice Iowa vs. Nebraska rivalry game.

He also took much pleasure in racing motocross, snow skiing and fishing. Fishing was a passion of Bob’s that he passed down to his grandchildren one by one.

Bob was preceded in death by his parents; one brother, Tom; his parents-in-law, Loren and Eloise Herbold; and a sister-in-law, Judy Herbold.