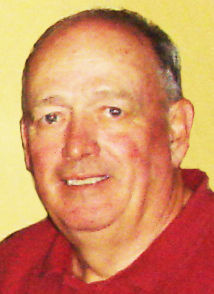 Services were held at 11 a.m. on Monday, August 13 at St. Patrick’s Catholic Church in Jackson, with the Rev. Andy Sohm and Rev. Paul Albenesius as concelebrants.

Arrangements are under the direction of Meyer Brothers Colonial Chapel in Sioux City. Online condolences may be offered at www.meyerbroschapels.com.

David was born on February 2, 1943 in Salina, Kansas to Margaret and Clifford Sullivan. He was raised on his parents’ farm outside of Jackson. He served with the U.S. Army from 1963 through 1966 and was with the Presidential Army Guard.

While in Washington D.C., he met Mary Jill Beaupre, formerly of St. Anne, Illinois. They were married in January 1966, and later divorced in 1990. During their 24 years of marriage, they raised three children in Jackson, Cliff, Dave and Erin.

David was employed for several years as an iron worker with the Sioux City local chapter. He was also actively engaged in farming in the Jackson area for many years and during that time he managed the John Deere dealership, D.C. Implement until 1982.

David liked spending his free time helping his parents with their farming operation, as well as raising and racing quarter horses. He mostly enjoyed being with his family.

He moved to Kansas City around 1992. There, he later met Katie Steel, his companion of 17 years.

He and Katie both had a love for greyhounds. They raised many greyhounds that raced in Council Bluffs, Iowa. Most weekends were spent at the track cheering them on.

In 2013, they finally settled in Hartford, where they continued breeding, raising and racing greyhounds until just recently.

He was an active member of the National Greyhound Association and really enjoyed the closeness that the greyhound community brought him.

David was preceded in death by his parents and a sister, Maureen Punches.