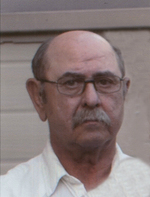 Donald E. Petzoldt, 68, of Merrill, Iowa, passed away unexpectedly near his home on Wednesday, August 8, 2018.

Donald Edward Petzoldt was born on December 21, 1949 to Edward and Hazel (Ronfeldt) Petzoldt in Sioux City, Iowa. He was baptized into the Lutheran faith on September 7, 1952.

He attended the Hinton Community School, graduating in 1969. Following graduation, he enlisted in the Army Reserve.

Over the many years, Don drove truck for his good friend Harlan Wagner of Merrill, Weinrich Trucking of Hinton, and Well’s Blue Bunny of Le Mars. He was currently driving for Derby Trucking of Merrill.

Don was someone that kept busy farming in the Hinton and Merrill area until his death.

He enjoyed traveling with friends to Hawaii and Florida.

Don is survived by his sisters, Marvena Alvarez of Sioux City, IA and Lila (Roger) Irwin of Nampa, ID; his brother, Dwight (Donna) Petzoldt of Merrill, IA; and many nieces and nephews.

He was preceded in death by his parents; his brother-in-law, John “Mick” Alvarez; his nephew, Michael Scott Irwin; his grandparents and several cousins.