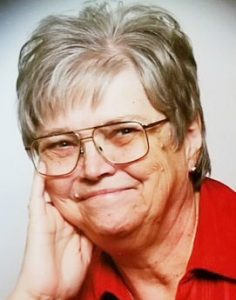 Daniece K. Winkel, 79, of Sioux City, was called to her Lord and Savior on Thursday, July 26, 2018, after a prolonged battle with ovarian cancer.

Memorial services will be 11 a.m. Saturday at First Assembly of God, 4420 Cheyenne Blvd., in Sioux City.

Daniece was born on Dec. 17, 1938, in Sioux City, to Glen and Bonnie (Kennett) Montange. She attended First Assembly for 72 years.

She lived a life of faith in God and made it her mission to teach others about his love. She showed God’s love in everything she did.

She was preceded in death by her husband, Gene Winkel, who was the absolute love of her life; her parents, Glen and Bonnie Montange; and her sister, Donna Allen.

In lieu of flowers, cash donations can be given to the Assemblies of God World Missions Senders Fund (https://giving.ag.org/Give/Details/600001-757181?MinistryName=senders%20fund&Page=1) or the National Ovarian Cancer Coalition (events.ovarian.org/donate).