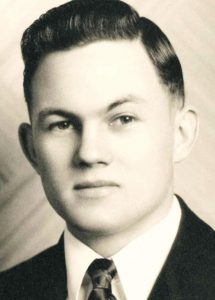 A Celebration of Louie’s life was held Saturday, August 25 from 1-3 p.m. at the Correctionville Community Center. Arrangements are under the direction of Waterbury Funeral Service of Sioux City.

Luane Henry Henderson was born October 4, 1927 on a farm south of Correctionville, the son of Henry and Opal (Anderson) Henderson. He graduated in 1947 from the Cushing High School.

On December 12, 1948 he was married to Donna M. Wiese.  Louie farmed in the Cushing area, and later in life, he worked in construction.

He was preceded in death by his parents and two brothers-in law, Everett Lewis and Duane Juelfs.