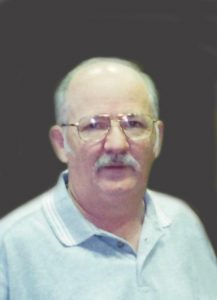 He grew up in the town of Anthon and was a graduate of Anthon-Oto High School.

After high school, Reg enlisted into the United States Army. He honorably served his country from 1964 to 1966.

After returning from the service, Reg worked for the United States Post Office until his retirement.

On August 3, 2000, Reg was united in marriage to Reta (Fisher) Gotto. The two enjoyed each other’s company until Reta’s passing in 2013.

Reg enjoyed watching sports and favored all Arizona teams. He liked eating popcorn, playing cards, coloring with his grandchildren and spending time with his family.

Reg was preceded in death by his parents, Clelland and Violet Yockey; his wife, Reta Yockey; brothers Fritz and Denny Yockey; and his mother-in-law, Lucille Fisher.