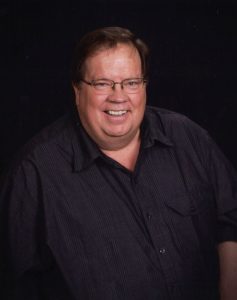 A funeral mass was held on Tuesday, September 4, 2018 at 10:00 a.m. at the Our Lady of Good Counsel Catholic Church of Holstein with the Msgr. Kenneth A. Seifried officiating.

Burial was at the Holstein Cemetery of Holstein.

Doug graduated from Remsen St. Mary’s High School in 1971. He then went on to earn a Bachelors of Constructional Engineering from Iowa State University in 1976.

He was united in marriage to Cindy L. (Todd) Clark on November 15, 1980 at the United Methodist Church of Holstein.

Doug was a longtime employee at VT Industries where he worked as an EHS manager. He retired after 22 years on July 6, 2018.

Doug was also a farmer who had a strong passion for fieldwork. He was a member of the Knights of Columbus, Ida Co. Zoning Committee, Iowa/Illinois Safety Council and a 25-year retired member of the Pork Tent Committee who grilled for the Iowa State Fair.

Doug was a faithful servant of the Lord. He was a member of Our Lady of Good Counsel Catholic Church where he taught CCD, served as a lector and was a past trustee.

Doug enjoyed Community Theatre, woodworking, and was an antique farm toy collector.  He and Cindy enjoyed traveling and visiting his own wonders of the world including, but not limited to, Pikes Peak, the Yukon Railroad, the Vatican, and the Miracle of the Eucharist.

He also had a great passion for knowledge, which included designing and constructing a floating, curved staircase in his home.

Doug was preceded in death by his parents and his aunts and uncles: Ivan and Helen Carlson, Dale and Wilma Stieneke, Dick Barry and Butch and Margaret Lange.