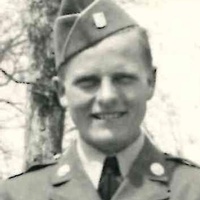 Services were held at 1:00 p.m. Wednesday, Sept. 5, 2018 at Waterbury Funeral Service of Sioux City. Burial was in Memorial Park Cemetery.

Emil was born April 14, 1920 in Danbury, Iowa, the son of Hans and Ruby (Richards) Sachau. He attended school in Sioux City. After graduation from Central High School, Emil joined the Army.

He married Neva Jean Perry. Over the years, Emil owned a fuel delivery company and later worked for the City of Sioux City for over 25 years. Neva died in November of 1995.

He is preceded in death by his parents; his wife; his daughter, Claudia; three brothers; and one sister.

A special thank you to the Correctionville Nursing Home and Hospice of Siouxland.