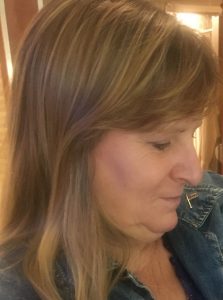 Services were held at 10:30 a.m. on Tuesday, September 4 at St. Mary’s Catholic Church in Remsen, with the Rev. Bill McCarthy officiating. Burial was in St. Michael Catholic Cemetery at Kingsley, Iowa.  Online condolences may be sent to rohdefh.com.

Lori was born in Sioux City, Iowa, to Dale and Corrine (Dickman) Leekley on January 4, 1962.

She was the true “middle child” of 11 children — five siblings before and five after her. She attended Kingsley-Pierson community schools, graduating with the Class of 1980.

Lori was preceded in death by her father, Dale Leekley; her nephew, Andrew Schreiber; her great-nephew, Tyler Bubke; her father and mother-in-law, Veryl and Fern Hamil; and her brother-in-law, Dan Hamil.