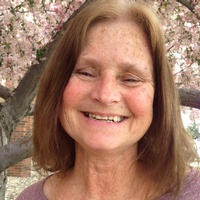 A Celebration of Life and burial will be held at a later date. Arrangements are under the direction of Waterbury Funeral Service of Sioux City.

Sally Jean Bleil was born May 30, 1950 in Sioux City, Iowa, the daughter of William and Gilda (Hindle) Mize.

Sally grew up in Sioux City and went to school at Central High School. She continued her education at WITCC for her Nursing Degree. For a short while she went to the University of Virginia.

Sally was married to Ronald Verbeski. They later divorced.

She married James A. Bleil on January 31, 1997.  Sally and James made their family in Moville for the last 21 years.

Sally enjoyed spending time with her family and her fur babies.

Sally is preceded in death by her parents and mother –in –law Donna Bleil.