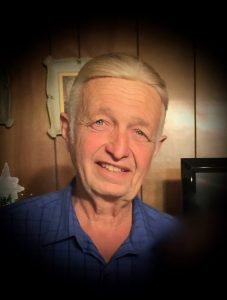 Ronald Lewis Livermore, age 70, of Lynchburg, MO, passed away on Tuesday, September 11, 2018, at his home following a courageous battle with pancreatic cancer.

A Funeral Service was held at 2:00 p.m. on Sunday, September 16, 2018 at the Armstrong – Van Houten Funeral Home of Anthon, Iowa. Pastor Gary Werling officiated, with Committal Services following in the Oak Hill Cemetery of Anthon, Iowa. Military Rites were conducted by the McNiff Post #389 of the American Legion of Anthon, Iowa.

He departed this life September 11, 2018, at his Lynchburg, Missouri home at the age of 70 years, 3 months, and 6 days, after a courageous battle with pancreatic cancer.

On August 15, 1948, Ron was baptized at Emmanuel Lutheran Church, Hampton, Virginia. He confirmed his faith in his Lord and Savior Jesus on April 7, 1963 at First Lutheran Church in Glasgow, Montana.

He graduated from Clearfield High School, in Clearfield, Utah.

Ron enlisted in the U.S. Navy on November 22, 1966. He was an E-4 parachute rigger, serving 4 tours off the coast of Vietnam, 2 aboard the USS Enterprise and 2 aboard the USS Ranger. He was honorably discharged at Miramar Naval Air Station.

On September 2, 1967 Ron married Leilani Tomshack. This union was blessed with a son, Slade, and a daughter, Tami. The couple would later go their separate ways.

In time, Ron met and married his best friend and helpmate, Sally Shirkey. For many years Ron worked as a heavy equipment operator in California, gaining valuable experience with various equipment.  In August of 1997, Ron moved to Lynchburg, Missouri, where he resided for 21 years after the passing of his father, Jim Livermore.

He was a wonderful, hard working son, taking on the responsibilities of the farm with his mother, Evelyn Livermore.  Ron and his mother shared a deep closeness.

Ron’s love for “ditch digging” continued and he purchased his own excavator to work as owner/operator of Livermore Excavating in Lynchburg, Missouri and the surrounding areas.

He worked for many neighbors and friends creating long and lasting friendships. His lifelong dream came true with the founding of RC&R, a heavy equipment company that will continue his work.

Ron was a loving husband, understanding father, caring grandfather and cherished neighbor and friend.  He’ll be missed by all who knew him.

He was preceded in death by his father, James Livermore, and stepfather, Robert Fisher.