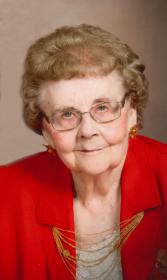 Memorial Service were held Tuesday, May 15, 2018 at the United Methodist Church of Odebolt, with Committal Services following in the Odebolt Cemetery.

Ruth C. Friedrichsen was born on September 19, 1926, in Carroll, Iowa.  Ruth grew up on a farm between Kiron and Odebolt, Iowa, and she graduated from Odebolt High School with the class 1944.

Ruth enjoyed being a homemaker, as well as shopping and traveling. She was a long-time member of the United Methodist Church of Odebolt, Iowa.

Ruth worked for the Urbandale Public School system for 18 years. Upon retirement, she and Les were able to enjoy 21 consecutive winters in Arizona, making new friends and reuniting with other “snowbirds” from home.

Ruth and Les had an active social life, playing bridge with friends and participating in many group excursions.

They were able to visit all 50 states, and they took many cruises and trips together, including a visit to the old countries in Europe. Ruth and Les and their family lived in Moville for a number of years while Les worked for Farm Bureau.  Their boys graduated from Woodbury Central.

Ruth was preceded in death by her parents, Clyde and Kathryn Brown, and her twin brother, Russell Brown. 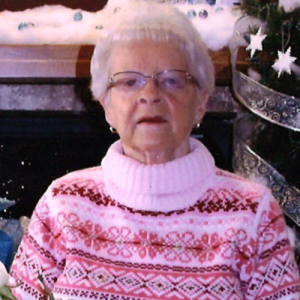