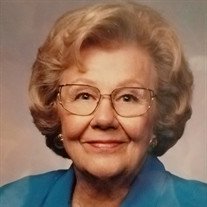 Born in Pierson, Iowa to Emmett (Brownie) and Elsie Walters, she graduated from Central High School in January of 1947. She married Ronald C. Anderson in September of 1947.

Elaine worked for The Sioux City Journal in advertising. She retired with 20 years of service in 1985.

Elaine is survived by her brother, James Walters of Otto, IA, and her children.