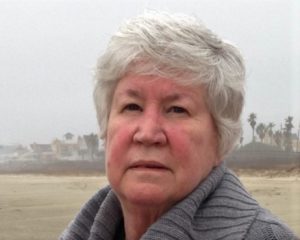 She was raised in Kingsley, Iowa, where her parents were the longtime owners of Cole’s IGA grocery store. She graduated in 1965 from Kingsley-Pierson High School.

She attended Briar Cliff University in Sioux City, Iowa. She completed her education at the University of Iowa in Iowa City with a degree in Speech Pathology and an emphasis in Deaf Education.

Lois worked as a teacher at the Iowa School for the Deaf (ISD) during the entirety of her career until her retirement in 2003. She was dedicated to her students and her profession and continued to work at ISD, occasionally serving as a substitute teacher, through the 2017-18 school year.

Lois was honored by the Council Bluffs Rotary Club as their “Teacher of the Year” in 1988 for her positive impact on students of all ages and grade levels.

Lois loved returning to her hometown of Kingsley to visit old friends and former classmates, and she did so often. The 50th reunion of the Class of 1965 was an extra special occasion that she spoke about with great pride and affection.

Her family, friends and teaching colleagues will miss her kind disposition, warm smile and gentle spirit.

Lois was preceded in death by her parents; her brother, Robert Cole; and her husband, Donald Carlson.