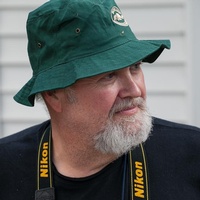 Services were held at 11 a.m. Wednesday, September 26 at Rohde Funeral Home in Kingsley, with Darla Rock officiating. Burial was in the Kingsley Cemetery. Online condolences may be sent to rohdefh.com.

He grew up in Kingsley, where he graduated from Kingsley High School in 1970.

After high school, he attended Grinnell College, where he graduated in 1974. Following that, he attended University of Iowa College of Law, graduating in 1978.

Robert spent most of his career teaching at Western Iowa Tech Community College, before retiring in 2014.

Loved ones remember Robert’s keen sense of humor and the delicious meals he would prepare for family at Lake Okoboji. Fine cuts of steak trembled at his grilling prowess.

He was also an avid guitarist, photographer and fisherman. He filled every room he occupied with laughter and music.

Robert is survived by his children, Andrew and Megan; his mother, Elaine; and brothers, William and Steve.

Robert was preceded in death by his father, William C.; his wife, Robin Buchanan; and his son, John.