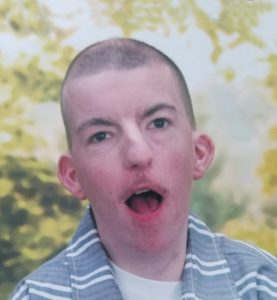 A Celebration of Life will be held at 10:30 a.m. on Saturday, October 20, 2018 at the United Methodist Church of Anthon, Iowa. Pastor Sheryl K. Ashley will officiate.

Anthony was a 2009 graduate of Sioux City East High School. He loved to go camping, swimming, drive his golf cart, family gatherings and picnics in the park.

Anthony enjoyed traveling with his family to Wisconsin, Minnesota, Biloxi (Mississippi) and discovering the Black Hills of South Dakota.

He loved motorcycles, even though he was not able to ride one. Anthony treasured his time spent with his family most of all.

He was preceded in death by an uncle, Brian Clancy, and two aunts, Paula Verzani and Cindy Stokes.