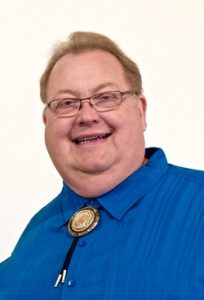 Funeral services were held at 1:00 p.m. Saturday, October 13, 2018 at Meyer Brothers Morningside Chapel. Burial was at Memorial Park Cemetery. Online condolences may be directed to meyerbroschapels.com.

Brian was born the son of James and Karen (Christensen) Luther on December 7, 1962 in Sioux City, Iowa. He graduated from North High School and Morningside College.

He loved music and cars, but most importantly, taking care of people and making them laugh. He was a lifelong member of Trinity Lutheran church.

Brian played in the Municipal Band and All American Band for many years. He was also the band director for the Abu Bekr Shrine.

Brian is survived by his wife, Monica Luther and his mother, Karen Wilson, both of Sioux City, Iowa; his uncle, Thomas Luther of Yankton; and several cousins.

He was preceded in death by his father, James.

In lieu of flowers, donations in Brian’s name may be directed to Trinity Lutheran Church.