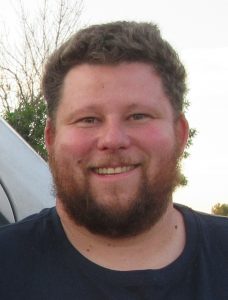 A memorial service is planned for November 15, 2018 in Pocatello.

Arrangements are under the direction of the Cornelison Funeral Home (431 N 15th Ave, Pocatello). Condolences may be sent to the family at www.cornelisonfh.com.

Heath lived several places in the Midwest before moving to California with his family in 1991. He graduated from Arrowhead Christian Academy in 1999.

He was married to Kelly Gunn and they had two daughters, Alyssa and Rebecca. They divorced, and the girls live with their mother in Las Vegas.

Heath married Vennessa Alley on November 15, 2013 while living in Colorado. They moved to Pocatello in July 2017.

Heath was a loving husband, father, son, brother and uncle. He was a dedicated employee, and he loved the outdoors. There are many fond memories from those who knew him through the years.

He was preceded in death by his mother, Rose Wenzel, and grandparents Richard and Grace Babcock and Verlyn and Charlotte Wenzel.