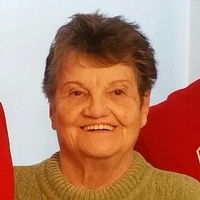 Peggy A. Crom, 76 of Anthon, Iowa, passed away Saturday, October 6, 2018 at her home, surrounded by her family and friends.

Services will be held at a later date. Arrangements are under the  direction of Waterbury Funeral Service of Sergeant Bluff.

Peggy worked in Child Care and Senior Care for many years before going to work at the Boys and Girls Home for 18 years. She retired in 2010.

Peggy was preceded in death by her parents; her husband Howard; a son, Jeffery Crom; one sister, Patsy Modlin; two brothers, Joseph and Max Brummer; and her special friend, Vic Banta.

In lieu flowers, donate to the charity of your choice.