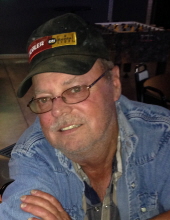 Steve B. Anderson, 61, of Mapleton, passed away on Thursday, October 18, 2018 at Burgess Health Center in Onawa, Iowa.

Arrangements are under the direction of Armstrong-Van Houten Funeral Home of Mapleton. Condolences may be sent online to www.armstrongfuneral.com.

Steven B. “Steve” Anderson was born Feb. 22, 1957, in Ida Grove, Iowa. He was the son of Dale and Alyce (Wright) Anderson and the youngest sibling to sisters Patricia, Candace and Pamela.

Steve was an attendee of Eastwood Community Schools of Correctionville and Cushing, Iowa. He started working full-time for his father’s excavating business, Anderson Construction Co. Inc., in 1974.

Steve married his high school sweetheart, Cindee K. Fitch, on September 28, 1974 in Cushing, Iowa. To this union, two children were born: a daughter, Holly and a son, Kevin.

Steve and Cindee began their life together in Cushing, and later moved to Mapleton, in 1987.

Steve continued to operate the construction business until the time of his death. He was known for taking immense pride in his work and crew.

During his tenure as the owner of Anderson Construction, he completed several large-scale grading projects in and around northwest Iowa.

Over his lifetime, Steve enjoyed many hobbies including boating, fishing, snowmobiling, riding motorcycles, running his muscle cars through the quarter mile, and adoring his four granddaughters.