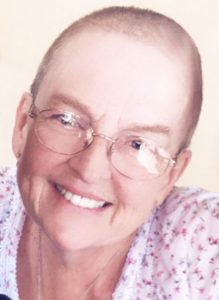 Susan, the daughter of Theodore and Irene (Wyffels) Ranschau, was born on March 14, 1946, in Rock Valley. She graduated from Rock Valley High School and attended Nettleton Business School.

Susan married Jerry Ofert in 1969. She later married Billy Bryce in 1989. Susan lived in Rock Valley and Sioux City for many years. She then moved to Pierson for 11 years before spending the last 15 years in Lawton.

Susan enjoyed working for Dr. Cummingham for 10 years. She then retired from Internal Medicine in Sioux City.

Susan enjoyed flowers and gardening, reading, baking, her pets, camping, and anything involving her family. She was a member of Holy Cross Parish St. Michael.

She was preceded in death by her parents and a brother, Charles Ranschau.