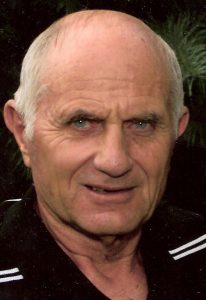 Armand Dean Roepke, 78, of Kingsley, Iowa passed from death to life on Thursday, November 8, 2018 and went to meet Jesus and the love of his life, Sherry.

Armand Dean Roepke was born on September 8, 1940 in Union Township, Plymouth County, Iowa to George and Alice (Bainbridge) Roepke. He attended Kingsley High School and graduated with the class of 1959.

Armand met Sherry Dunnington at the Moville Drive-In, and the two became high school sweethearts. The couple married on March 27, 1960 in Rock Rapids, Iowa. They raised their family on a farm near Kingsley, Iowa.

Armand was a member of the United Methodist Church his entire life. He taught Sunday School with Sherry and served on many committees.

He and Sherry loved going to their children’s and grandchildren’s activities. They were faithful fans, and they would always be super proud of each of them.

He was a caretaker of his family and the land, always being first in the fields and first at harvesting.

He enjoyed gardening, antique shopping with Sherry, and watching MeTV.

The Plymouth County Fair was always a special time for Armand. He loved going with his family, looking at all the exhibits and eating all of the delicious foods — especially cream puffs.

When his girls were younger, he would play catch, and help his daughters practice pitching and fielding by playing five hundred until it got dark.

Some remember him as “the Christmas lights guy” because he loved the Christmas season so much that there would be lots of decorations all over the farm.

Above all these things, he was a man with integrity.

He was preceded in death by his parents; his wife of 57 years, Sherry, on June 25, 2017; and his in-laws, Winfield and Phyllis (Hane) Dunnington.