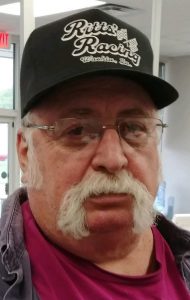 Services were held at 2 p.m. Monday, November 19 at Washta United Methodist Church. Pastor Barb Dinelli officiated. Burial was in Sunset View Cemetery at Washta. There was a family prayer service at 1:45 p.m. Monday at the church.

Online condolences can be left at www.boothbyfuneral.com.

Al had worked as a carpenter, a mechanic at Doug Samuelson’s Garage, Keith Clark’s Garage, Stevenson’s Garage, Holzhauer Motors, Kingsley Motors and was the owner and operator of Al’s DX in Washta for 26 years until his retirement in 2007.

He had lived in Washta all of his life.

Al was a member of the Washta United Methodist Church where he had served on several of the church boards and committees. He had been a Cub Master for the Washta Cub Scouts for 10 years.

Besides his family, racing was Al’s passion. He was the owner and mechanic of many race cars since 1982. His race cars won “several races” and track championships at Alta and Park Jefferson Speedways.

He formed many great relationships with drivers, crew members, and fans over the years.

He was preceded in death by his father, Thomas Clark Ritts; his grandparents, Tim and Laura Ritts; his father and mother-in-law, Selmer and Verda Ekren; brothers-in-law Wayne and Dennis Ekren; and a sister-in-law, Janet Ekren.