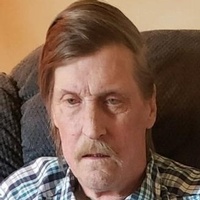 LaVern L. Ehlers was born on April 16, 1953, in Denison, Iowa, the son of Lionel and Christine (Pobanz) Ehlers. LaVern graduated in 1971 from Lawton-Bronson High School.

On May 25, 1992, he was united in marriage to Nancy Cole in Las Vegas. LaVern worked at Stone Container until his retirement.

LaVern enjoyed hunting, fishing and camping over the years and shooting pool.

He was preceded in death by his father, Lionel.