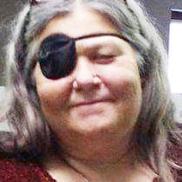 Services were held at 10 a.m. Saturday, November 17 at Meyer Brothers Colonial Chapel. Interment will be in Greenwood Cemetery in Pierson, Iowa. Visitation will be 9 a.m. until service time Saturday at the funeral home.

Online condolences may be made to www.meyerbroschapels.com.

Lucretia was born on June 20, 1965, in Sioux City, to Milton and Virginia (Kucera) Cain. She resided in the Sioux City area throughout her life. She was employed at ISS as a housekeeper.

Those left to honor her memory include her father, Milton Cain of Sioux City; her children: Tiffany Lalumendre of Granby, Colorado; Desiree (Dale) Davis of Sioux City; and Montana and Hunter Baumgardner, both of Sioux City; plus six grandchildren: Phoenix, Daniel, Maverick, Yurelli, Allianna and Tristan; and her grand-dog, Oliver.

She is preceded in death by her mother; two brothers, Donnie and Terry Cain; and a child, Gemini Baumgardner.

Memorials may be made to the family.